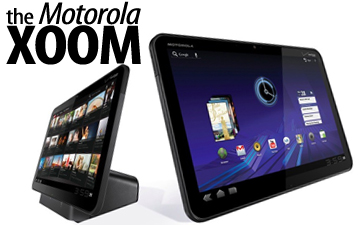 You’ve probably noticed that everyone is making some sort or tablet nowadays.  Some are good, some aren’t.  Each one of them is different in their own way.  Personally, I’m getting pretty annoyed by all this tablet crap.  So I went out and bought one to see what the fuss was about.  I chose the Motorola Xoom.

It’s got the Android OS and if you hate Apple, then this one might be for you and is honestly one of the reasons I chose to go with that one.  I mean, come on Apple, you can’t have the best of everything and Android is definitely putting up a good fight.

Anyways, I played around with the Xoom for a couple weeks and this is the good and bad that I found. Enjoy.

First of all, it’s Android-based.  Let me clear the air, I’m not an Apple hater.  I have an iTouch and I love it.  I’m also building a hackintosh.  I just love that Android is the first Mobile OS that is making Apple not be able to sleep well at night.  Android is fast and adaptable… it’s awesome.

I like that it has notifications at the bottom corner.  It’s out of the way and it’s not so small that you don’t know what it’s for.  You just have to click on it and it pops up. 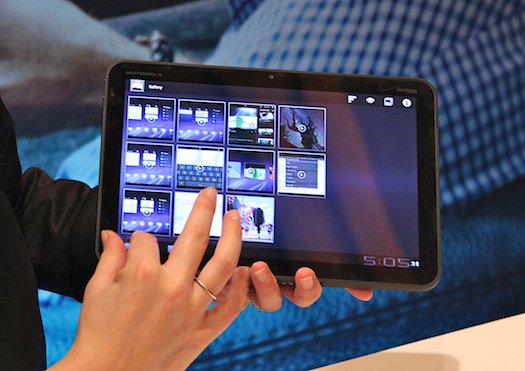 Internet use is pretty decent.  The browser works really well Gmail looks good and is very smooth.  I was too cheap to try it with 3G, but it is upgradable to 4G when that comes out which, if I was interested in that, would be nice.  It also has the ability to let you video chat with your friends with Google talk.

All around, it looks good.  Screen is nice and big.  Very shiny and clean, provided you don’t start slinging it around and treating it like crap.  It’s also pretty sturdy.  I dropped it once accidentally, and nothing was wrong which I was happy about.

I have mixed feelings about the camera.  It’s pretty decent for pictures taken a couple of feet away.  But for close up pictures, it just doesn’t cut it.  I took a picture of some writing a couple inches away and I couldn’t even tell what it said.  It wasn’t fine print or anything like that, just regular size like in a newspaper.  Either way a couple of inches away, you should be able to read anything.

The hardware could be better.  As I was flipping through the screens, I noticed some lag on many separate occasions.  Also, 32GB is not enough space.  I mean, I have about 22GB of awesome music and if I wanted to put it all, there wouldn’t be enough room to do much else. 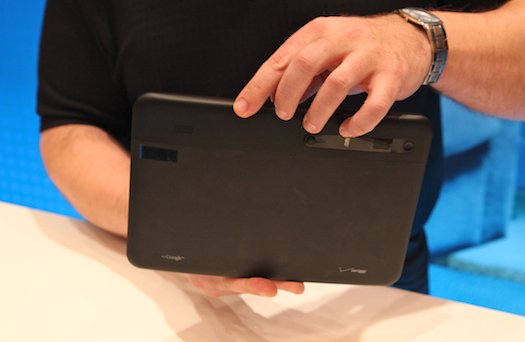 The compatibility of some apps and websites are just not there.  I couldn’t use Netflix or Hulu and some of my favorite apps were unavailable.  Understandable, but a little disappointed.  I had a bit of a hard time installing some apps.  Some of them took me a few tries to get the install going.  Also, no flash.  I’m highly disappointed in that especially since everyone knows that Apple mobile products and Flash don’t get along you would think that other companies would try to make that a selling point.  I guess that thought hadn’t crossed their minds.

I honestly couldn’t find a good reason to keep it.  There is nothing it had that I either didn’t have already or couldn’t get elsewhere.  Also, since I wasn’t willing to shell out the extra bucks to get 3G, that right there made it completely not worth my while.  It was fun playing around with it though.  I found a cool app that measures the strength of your wireless signal and what channel you’re on and compares it with all other signals in range.  It helps you try to maximize your wireless signal and tells you which channel have the least amount of traffic.  I really liked that app.

Maybe if they perfected the “tablet” I might be willing to buy one and actually keep it.  Until then, I would not waste my money.