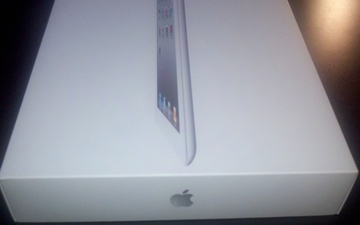 It was reported by the Shanghai Daily today that a 17 Year old boy decided to sell one of his kidneys in order to purchase a new iPad 2.

I discovered a pretty hysterical story this morning that was reported by the Shanghai Daily where a 17 Year old boy decided to sell one of his kidneys in order to purchase a new iPad 2. Sounds a bit unreal? That is exactly what I thought at first but later discovered multiple sources verifying its integrity.

ShanghaiDaily has the young teen stating:

“I wanted to buy an iPad 2 but could not afford it, a broker contacted me on the Internet and said he could help me sell one kidney for 20,000 yuan.”

On May 28th the boy  went to the nearby Chenzhou City in a neighboring Hunan Province to have his kidney removed, the operation was arranged by the broker. According to the story the broker paid the teen 20,000 yuan (around $3000 US Dollars) and the operation was done at the famous No. 198 hospital.

When the teenager went home his Mother noticed the new gadget he had obtained with his kidney money and his scar, at that point it is said that she called the authorities.

“The hospital claimed they had no idea about Zheng’s surgery because the department that did the surgery had been contracted to a Fujian businessman.”

This all sounds like very sketchy business to me and is hard to believe something like this occurred.

Below is a video from a local news agency describing the entire incident including photos of the boys scars.