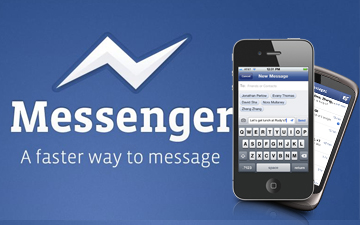 A mobile app that will allow you to message your friends faster and directly through their phones, even supports groups messaging.

It appears Facebook had decided to heat up the competition against Apple’s upcoming iMessage feature after releasing their new standalone messaging app earlier this week. I’ll be the first to admit the Chat feature within the all-in-one Facebook iOS/Android app was horrible. I always had trouble keeping a connection and messages occasionally would never get delivered at all. Facebook brings a solution to that problem by introducing Facebook Messenger, which is an app for both iOS and Android with the sole purpose of sending instant Facebook messages.

Just like text messages you can send your Facebook friends immediate messages that will get sent directly to their phones but is also view-able online from Facebook.com. 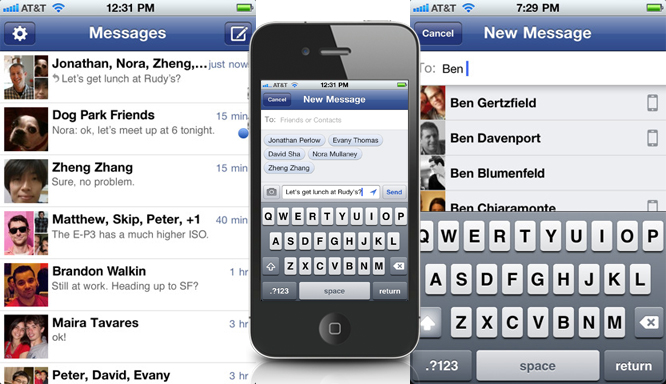 One feature that really stood out when I installed this app was the ability to message groups of friends like you can through the browser version of Facebook.  If your inviting friends over or trying to decide what to do on a Friday night you can use this rather then individual text messages.

The mobile notifications work great alerting you within seconds of a new message arrival. The ability to attach photos to the messages is also a nice little feature but I would like to see video in the future of course.

The app is free and supports Android, iPod Touch, iPad, and iPhone devices. Go ahead and check it out, in my honest opinion it functions much better then the current Facebook app and will definitely be something I will use on a daily basis.