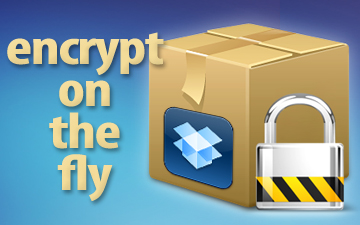 An application which comes with Dropbox support, allowing user to sync and encrypt files on the fly with the RC4 algorithm.

In this day and age, there are many users who depend on cloud services; the staff at Tech Heavy being some of them and with these services brings the need for tools to secure files and folders along with all the classified information which is being synced. Out of all of the cloud based sync services, Dropbox is the most well-known for so many reasons (we even listed it on our 5 Must Have PC/Mac Applications list). BoxCryptor is an application which comes with Dropbox support, allowing user to sync and encrypt files on the fly with the RC4 algorithm.

BoxCryptor doesn’t confine you to use only the Drobbox folder; you can specify any location where data is to be encrypted. Encryption and decryption takes place in real-time without prompting you for your passphrase each time to perform the operation (+1 to that!!) 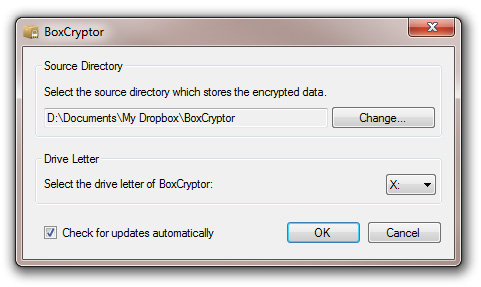 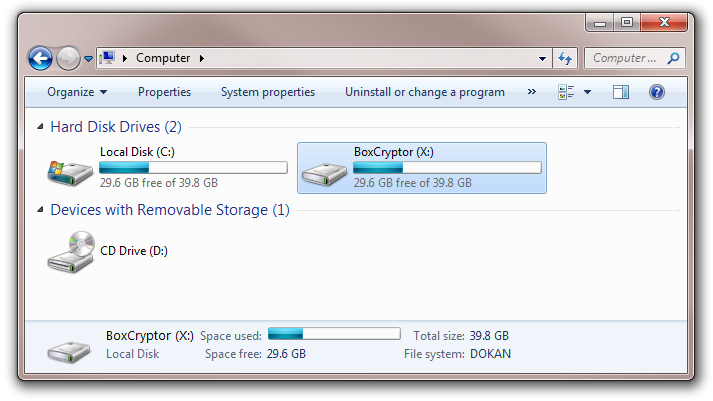 You will be able to see the new drive listed in Windows Explorer after it has been created. Now copy the data to the drive to encrypt and sync with Dropbox folder. The screenshot provided below shows the encrypted data in Dropbox folder. 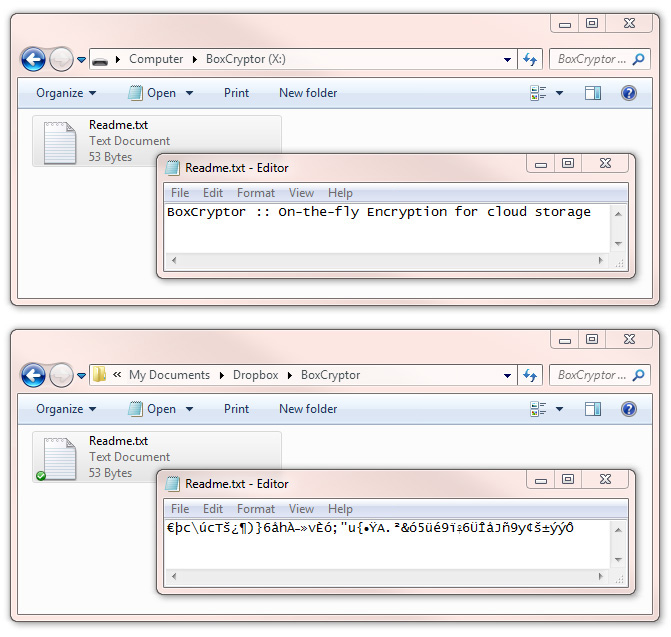 This program is able to encrypt the data on-the-fly, meaning that when data is moved to its drive, it will immediately encrypt and store it in the selected Dropbox folder.

If you’re a Dropbox user and looking for quick way to make your data secure, we reckon giving it a shot. As of now the only encryption available is by RC4, but the developer has stated he will soon replace it with AES (Advanced Encryption Standard) encryption.

BoxCryptor is currently free and works on Windows XP, Windows Vista, and Windows 7. Download it now!